A.         A “system” is a complex information structure, with this information content potentially expressed materially and spatially, consisting of multiple building blocks that are autonomous, with individual identities and behaviors, but interact closely with each other. The simplest definition of a system is a network of interacting variables. This means that any change to any node of the system will cause changes to the other nodes as well -but they do not have to be predictable. Also,the system as a whole, through its parts, can interact with its environment. During this interaction it is able to accept secondary information content as input, process it and eliminate the information result of the processing back into the environment as output. This process can happen continuously or at regular intervals. A system can contain subsystems as building blocks, i.e.lower complexity systems that operate autonomously but at the same time interact with each other resulting in the original, higher structural complexity system.” (Source: Wikipedia)

A “complex system” is a complex structure, consisting of multiple interacting parts, whose behavior is different from any linear combination of behaviors of its parts (non-linear system). Complex systems are characterized by strong dependence and diversity between their parts, while on the contrary the symmetry in the structure of a system indicates low complexity. Complex systems are usually hierarchically self-organizing and exhibit emergent behaviors, i.e.,novel collective behaviors that cannot be traced back to individual parts of the system but are due to their interactions and correlations. (…) A special category is the adaptive complex systems (Complex Adaptive Systems) which are dynamic (their state changes over time), mnemonic (alwaysthey retain information about their past states) and endoscopically (their evolution with time depends on the content of their memory). The term adaptability implies an evolutionary biological approach to the description of the system, in the sense that the system has the ability to learn and adapt to its environment. (Source: Wikipedia)

The metaphor of the rail transport system was done for no other reason than to make it easier for us to consider Mental Health as a Complex Adaptive System that is by definition dynamic, mnemonic and endoscopic.A description of the correlation element (concepts, elements, domains, etc.) has already been attempted above.But it is not enough as no automated process is able to replace direct interconnectivity as a working condition and tool at the same time. 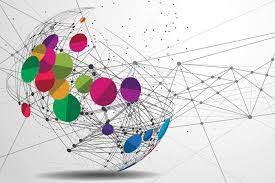 shortcomings of representative institutions around the world that are either ineffective or under-implemented.This inadequacy is the result of the “dislike” of isolated systems, such as systems of power or interests, despite the fact that their internal processes lead to disorganization (destruction by increasing their entropy).This situation has given rise to pressing challenges at national or supranational levels, while dominant delegation relationships or management processes becomeoften obstacles to individual or collective activation, i.e.the free exchange of energy (information and interactions) between system actors.

Consequently, an exclusive deposit of expectations for addressing Mental Health problems in the dominant structures and mechanisms of decision-making and implementation would be an evasion without the parameter of a direct involvement of interested parties, at least.Note: the term “interested party” is used by definition in an “absolute” meaning without any sign of identification as any exclusion would lead to an “isolated” system and consequently its complete disorganization and final destruction.

C.         However, if technical and other requirements have gradually led to significant homogenization of transport systems (railway line width, IATA, etc.), in the field of Mental Health a number of vertical divisions are found. The vertical divisions produced, perhaps for reasons of self-preservation of institutions and management mechanisms or corporate strategies, significantly limit the dynamics created by everyday conditions, even though they reach, without exclusive differentiation, larger and larger sections of the population or countries. Thus, it seems that a level of horizontal communication and interaction has a lot to offer in highlighting forces and processes that are capable of producing results.

Let us mention a recent example: The recent (2018) promotion (and only) in a limited number of EU Member States and for a limited time of a best practice in prescribing exercise for a number of diseases (including mental illness) was funded by the amount of € 1,350,000.It is certain that in the position of ad hoctop to bottom actions, an overall strengthening of horizontal communication with collective participation would have much wider and lasting results.However, the horizontalization of information, motivation and coordination is not a technological issue (regardless of the means it uses) but mainly a matter of developing relationships and communication at the fundamental social level (from bottom to bottom) and is based mainly, if not exclusively, on activecitizenship.Relevant models prove to be particularly powerful as they are sole able to integrate:

The following unprocessed response to the current situation with a qualitatively differentiated notion of “direct involvement” may be helpful:

Any horizontal communication process should of course not be considered a panacea as there is always a need for protection from misinformation / disinformation or copyright protection etc.but their power to develop motivation is incomparable.

On the otherhand, horizontal communication does not imply the abolition of the autonomy of the entities operating in the field. On the contrary, they are offered the opportunity to communicate with the “big public” as “shops in the shop” responding to the “hunger” for information, the need to expand for sustainabilitypurposes, the development of synergies promote their mission and address harmful practices. Once again, horizontal communication is not a panacea: stores of multinational sport or telecommunication brands are located next to each other in large shopping malls. Butwhataboutsmallfamily-owned stores in the neighborhood?

But a key question arises: whether the formation of a system leads to its entrenchment, that is, to another vertical separation like theones we have mentioned as sources of malfunction, isolation and eventual disorganization. And especially when we refer to a social space like that of Mental Health that, not only historically, faces intense problems of stigma and exclusion. The answer is rather simple: to the extent that this process ends up (succeeding in) referring to the overallpopulation, as shown above, then the formation leads from the outset to the confrontation of stigma, the elimination of discrimination and the release of forces.

In a deeper approach, additional objections may arise:

-Is this a way of expressing a perception of corporatism?It should be emphasized here that the use of the term “system” is not accidental. Unlike the term “social body, category, group, class” or anything like ethnic group, religious or ideological current, “system” is afield of becoming without limitsand not a framework for forming groups of common interest. Similar groups pre-exist or are formed outside of it and participate in it while the system functions as a field of communication with equal parameters the creation of consensus or the emergence of conflicts. In other words, the system does not presuppose any other identity despite any reference / interest of individuals or entities in MentalHealth and no approval procedure can be provided by anyone for free access and use (that also applies to access to a railwaystation). The present use of the term “system” is functionally defined only, has a universal dimension and cannot be limited by any characteristic of individual or collective subjectsas members of the system.

There are no obstacles.In the end we are not talking about a new social model but a tool of vision and communication.It all depends on the dynamics that can be emanated.If Education, for example, could be the building block due to its universality, it would not be as easy for Coastal Fishing as the relationship with it of large sections of the world’s population living on continental areas is far inferior and only a subsystemcould compose.

The question cannot act as a deterrent.However, it isextremely useful in identifying potential outset of such risks and establishing response mechanisms.